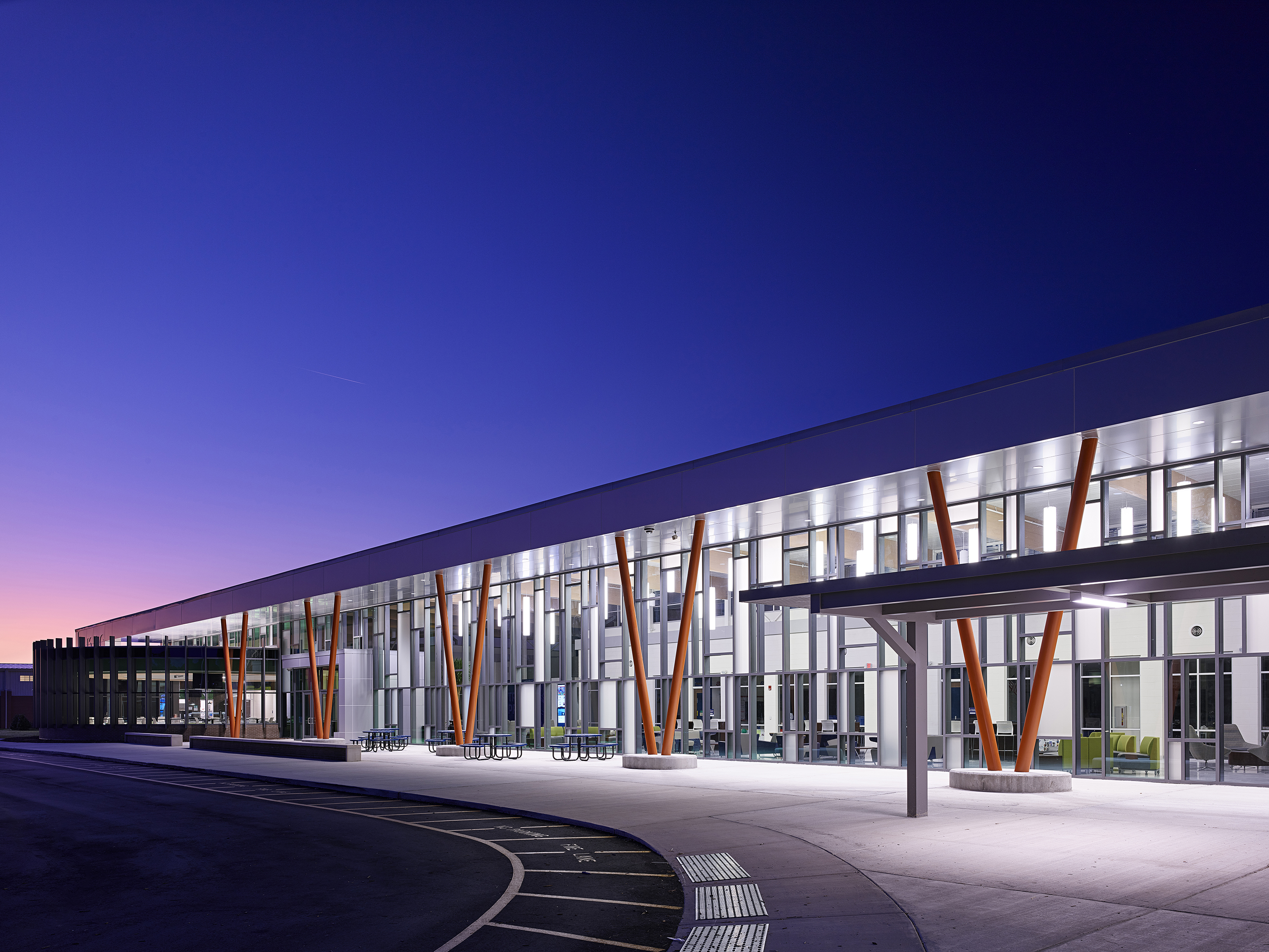 With more than 60 combined years of deferred maintenance, the public schools in highly rural Jones County, N.C., were in dire need of replacement, with many featuring outdated HVAC systems and other inadequate infrastructure. Despite the demonstrable need, the school district had extremely limited funds to achieve such a goal.

The solution to the problem was the Jones County New K-12 School project. Procured via an innovative public-private partnership, the $47.7-million project delivers a modern, eye-catching facility that combines the district’s previous elementary, middle and high schools into one sprawling campus, all under one roof.

The result of this energy efficiency, Firstfloor asserts, is that over a 40-year span, Jones County’s costs for the new school—which it estimates at just $13.6 million—will be less than the operating savings from closing old schools. By comparison, Firstfloor estimates that a traditional project delivery would have resulted in a 40-year total cost to ownership of nearly $101.4 million.

Moreover, the team received $36.3 million from the sale of tax credits and grants, resulting in a total borrowed amount of $11.4 million. The resulting low cost enabled the school to be built without a tax increase.

Still, the project was nearly a decade in the making, says Robbie Ferris, who heads up Firstfloor Energy Positive and serves as CEO/president of Sfl+a Architects, the project architect.

When Ferris first approached Jones County, roughly 10 years ago, the district was focused on simply building a new high school.

“In reality, they needed a new high school, elementary school and middle school, but they thought they’d never be able to afford that,” Ferris says. After the school board initially rebuffed the firm’s proposals for a combined K-12 school, the developer’s cost estimates began to take hold.

“When we started running the numbers, the school board and the county got on board very quickly,” Ferris says. “If we were successful, we thought they could completely pay for the new building with the savings from closing the existing buildings.”

The key was eliminating the schools’ power bills, which don’t exist as a result of the energy-positive replacement facility, thus saving the school district an estimated $18 million in energy costs over the building’s lifespan.

The energy-positive status comes from high-performance design features that collectively enable the facility to produce more energy than it consumes. In addition to the rooftop solar panels, contractor Metcon Construction and team installed geothermal wells to supply heating and air conditioning. A building automation system regulates air temperature and humidity levels as well as the school’s lighting controls and dynamic air-cleaning system.

Also of note was the project’s approach to safety, which helped the team achieve an estimated 249,600 worker hours with zero OSHA recordable incidents or lost-time accidents. Aiding in that effort was the construction team’s collaboration with the state labor department to establish the project as a North Carolina Building Star Jobsite. The designation, which requires the commitment of trade partners, requires that the project team demonstrate jobsite safety procedures that rise above minimum requirements.

The project—the construction and design team’s 11th energy-positive school to date—was completed in August 2019, on schedule and within budget.